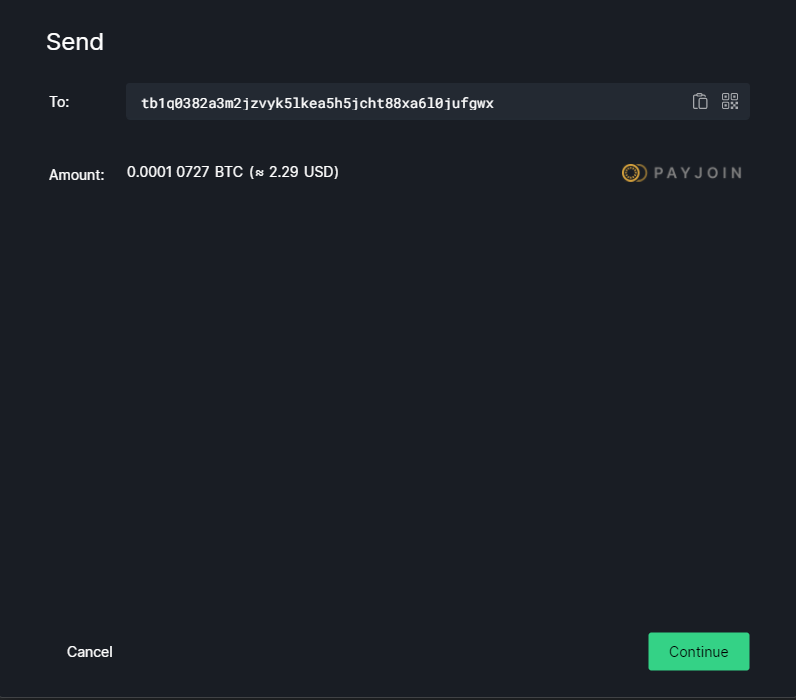 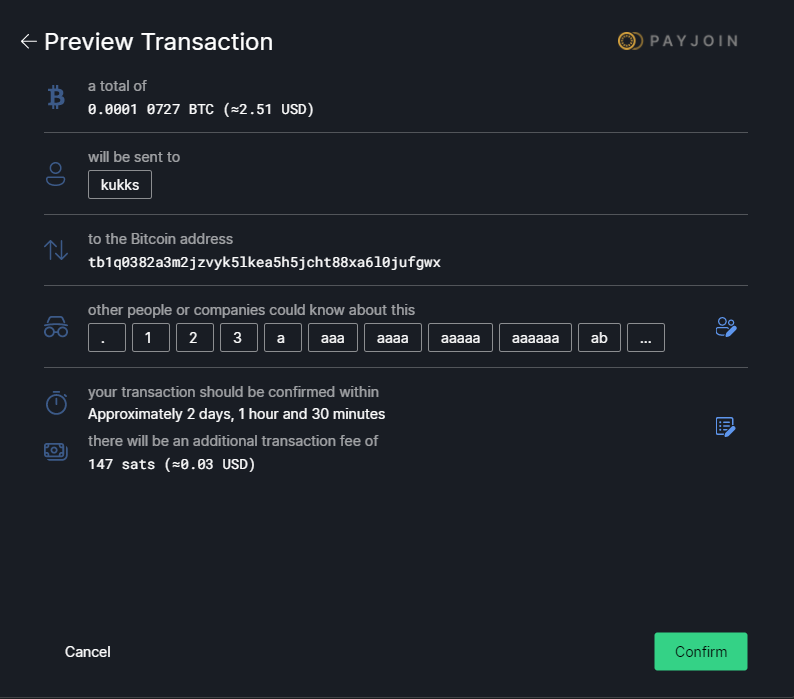 The success of a PayJoin transaction is not something that depends on Wasabi.

It may happen that the transaction is broadcast with success, but that it is not a PayJoin. This can happen for several reasons including:

# The goal of PayJoin

PayJoin is a collaborative transaction between the sender and the receiver of a payment, for example the merchant and the customer. The goal of the protocol is to break the common input ownership heuristic, while making it difficult to fingerprint that the transaction is in fact a CoinJoin. Further, it reduces the transaction fees paid by the merchant due to consolidation of coins.

The coordination of this coinjoin is done with the PayToEndPoint [P2EP] concept. The receiver is reachable over the internet, either over a Tor onion service or clearnet IP address. The link is included in a BIP21 Bitcoin URI, and is provided to the sender as the payment invoice. The sender uses this onion service or IP address to connect to the server of the receiver and communicate the further protocol. The coordination is usually done within seconds, and will abort to the fallback transaction after some time if the connection breaks.

Both the sender and the receiver could broadcast this transaction.

The receiving server responds to this initial proposal, with a transaction that adds more inputs to the transaction. Thus, the output belonging to the receiver increases in value, above the value that the payment amount is due.

The sender broadcasts this transaction to the Bitcoin network.

First and foremost, the common input ownership heuristic is broken, meaning that the inputs do not belong to one single entity, but to several of them. This breaks one of the most important assumptions of transaction surveillance companies. Contrarily to other coinjoin implementations, the outputs are not of equal value, so it is not obvious that this transaction is in fact a coinjoin.

Further, the outputs do not reflect the actual value of the transaction. In our example, the economic transfer is of 0.2 bitcoin from Alice to Bob, but the outputs are worth 0.7 bitcoin and 0.8 bitcoin. This is obfuscating the actual amount payed.