Bitcoin is a peer-to-peer network of full nodes that define, verify, and enforce the Bitcoin consensus rules. There is a lot of communication between them and metadata can be used to de-anonymize Bitcoin users.

When the communication to the network is unencrypted over clearnet, then there is an easy correlation of the Bitcoin transactions to the IP address of the peer who sent it. The IP address can even be used to find the physical location of the user!

There are light wallets, which query a backend server to get information regarding specific addresses or use BIP 37open in new window bloom filtering SPV wallet protocol, which is extremely bad for privacyopen in new window. And there is Electrum, which sends your addressesopen in new window to random Electrum servers.

When the user sends the extended public key or a filter of all the addresses to the central server, then the server can COMPLETELY deanonymize the users.

Wasabi checks if there is a local Tor instance installed, and if so, it uses this to onion-route all the traffic to and from the network. If Tor is not already installed, then it is accessed automatically from within Wasabi. This means that by default, all network communication is secured from outside snooping and the IP address is hidden.

In order to fully verify everything, running a full node is essential. If bitcoindopen in new window is installed and run on the same computer as Wasabi, then it will automatically and by default connect to the full node. It is also possible to connect Wasabi to a remote full node on another computer by specifying the local IP address or Tor onion service in the settings. Then, Wasabi pulls the verified blocks and queries the mempool from the full node.

Wasabi has a partial Bitcoin Knots integration. This means that it is possible (but not mandatory) to start Bitcoin Knots during the launch of Wasabi, without having to install or configure anything manually.

However, even if no full node is installed, Wasabi has a light client mode based on BIP 158 block filtersopen in new window. The Wasabi server sends a filter of all the transactions in each block to all the users. Then, users check locally if the block contains any transactions with their addresses. If not, then the filter is stored for later reference, and no block is downloaded. However, if there is a user transaction in that block, then Wasabi connects to a random Bitcoin P2P node over Tor and asks for this entire block, not only one transaction. This block request is indistinguishable from the regular P2P gossip, and thus nobody, neither the server nor the full node, know which addresses belong to the user.

Wasabi has network-level privacy as good as a Bitcoin full node.

Bitcoin Core downloads all the blocks ever created and establishes your wallet balances locally. This is as good as it gets.

Bitcoin Core broadcasts transactions to other peers on the clearnet, unencrypted. Other peers cannot figure out which transaction originates from a specific node because Core does not only broadcast its own transactions but also propagates every other transaction that hits its mempool. However, some papers note it’s not bulletproof:

Bitcoin transaction propagation does not hide the source of a transaction very well, especially against a “supernode” eavesdropper that forms a large number of outgoing connections to reachable nodes on the network. Dandelion: Privacy-Preserving Transaction Propagationopen in new window.

You can use Bitcoin Core with Tor, which solves some of the above-mentioned issues. In this case, a supernode cannot track back transactions to your IP address.

An entity that can break Tor is a universal adversary, however, most Tor attacks are not possible if exit nodes are not involved. It is reasonable to assume that this entity can break the onion routing, not Tor's encryption itself.

The backend server serves block filters to all the clients over Tor. From those filters, the clients figure out which blocks they are interested in and download them [and some false positive blocks] from peers. One block per peer, and always over a fresh Tor stream. When a block is acquired, the peer gets disconnected. Because of the end-to-end encryption of the onion network, it immediately defeats an ISP adversary and makes the already impossible job of the Sybil adversary even more impossible. The only adversary that could possibly overcome this would have to setup thousands of full nodes over Tor and also break Tor itself.

All Wasabi traffic is tunneled through Tor. Wasabi connects only to onion nodes, so end-to-end encryption is enforced between the wallet and peers. All this without involving any exit node. Wasabi connects to each peer through a different Tor stream. A new Bitcoin peer is chosen for every transaction broadcast.

Wasabi broadcast transactions to only one peer over Tor, and immediately after that the peer is disconnected.

Wasabi has a partial Bitcoin Knots integration. This means that it is possible (but not mandatory) to start Bitcoin Knots during the launch of Wasabi, without having to install or configure anything manually.

If you have a listening full node running in the background (not only Bitcoin Core, any full node) then Wasabi automatically picks it up and instead of asking peers for blocks, it asks for blocks from your own node. Using Wasabi this way results in the same privacy model as Bitcoin Core's, regarding Private UTXO Retrieval.

Even when Wasabi is connected to your own node, it will broadcast the transaction in the above-described way: to one new peer over Tor.

Every time you use software that interacts with a Bitcoin network, and especially a Bitcoin node, you leave a sticky fingerprint in your traffic. It comes in the form of a small but unavoidable spike in volume every time a new block is mined and the nodes start gossiping about it. The blocks in Bitcoin are quite big, and the propagation speed is critical for consensus (greater delay means more frequent accidental forks), so such effect is predictable, and, in a sense, inherent to the Bitcoin architecture.

Notably, the volume of block-related messages was drastically reduced since the introduction of Compact Block Relay (BIP 152open in new window. Instead of requesting whole blocks, mostly consisting of transactions already known to the node, the peer informed of a new block is only requesting the missing transactions. Yet the amount of extra communications in the seconds following a new block is still considerable. This effect may not be noticeable for a single block, but over time it gets statistically significant and may get exploited.

As reported by Niko Kudriastev and Michael Maltsevopen in new window, it is possible to detect Bitcoin communications using nothing but traffic volume over time - a piece of information even most privacy concerned individuals are likely leaking to their law-abiding Internet Service Provider. In this case, using a VPN and running the node over Tor may not be enough to avoid being detected.

There are many ways to go about it, but staying completely undetected is far from trivial - traditional privacy-enhancing tools mostly focus on the packet level, which is orthogonal to the technique. Let’s break down the potential defense vectors.

Beyond active measures available now, both the privacy and the bandwidth efficiency of Bitcoin communications are actively worked on. It is entirely possible that the messaging protocol will get to the point where block propagation doesn't trigger any significant spikes in traffic volume. 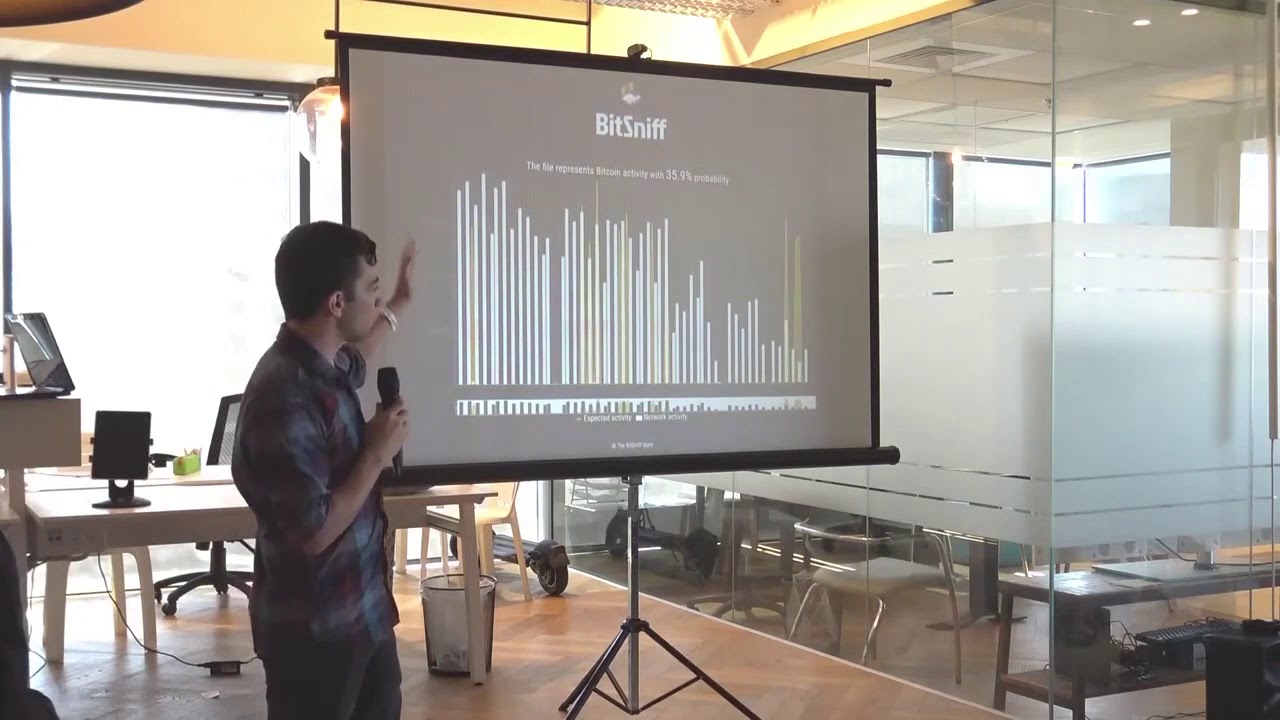